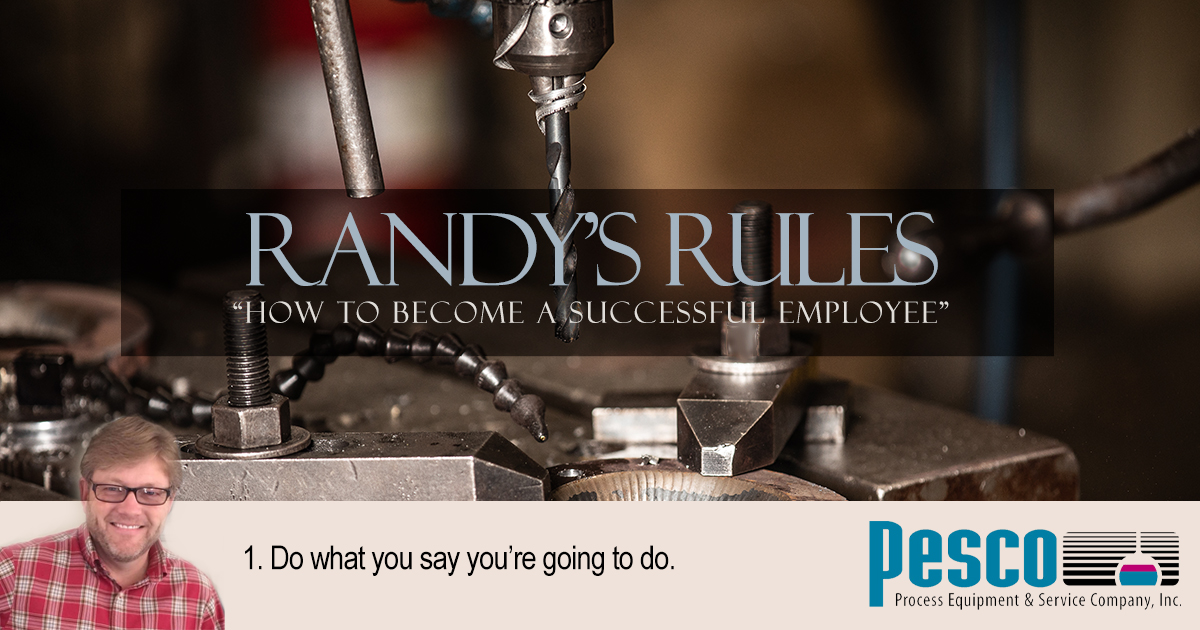 This is the first in a four-part series entitled “Randy’s Rules.”

Randy Large joined the PESCO team as Chief Operating Officer in 2019.  He began working with PESCO as a leadership consultant in 2014.  Randy has over 35 years of business experience.  Prior to joining PESCO, Randy owned and operated a retail business, as well as a management consulting firm.  His simple yet powerful approach to leadership development ensures the correct behavioral systems are in place.  Randy coaches individuals and groups on how to take on more responsibility, show more initiative, and how to build a team that ensures organizational success.

All of Randy’s years in business have helped him to identify four simple rules that lead to employee success.  If an employee follows the four rules they make any supervisor’s life easier.  Most of the problems supervisors encounter with employees are the result of not following one or more of the four rules.

Randy’s first rule deals with developing trust.  “Do what you say you’re going to do.”  Telling someone you will do something creates an expectation.  Once an expectation is established, failure to follow through with your promise can create disappointment. “Disappointing your manager or supervisor is unlikely to help you move ahead in a job,” Randy explained. Supervisors need to trust that their employees will do what they say.

It is always better to say no than say yes, and not do it.  Once you say yes you have made a promise.  Many people struggle to say no. Saying no makes you feel uncomfortable. People hearing no don’t like it either.  This is why we try to avoid it.  However, if we view saying yes as a promise, we begin to understand the importance of doing what we say.

Randy says, “It is better to deal with the discomfort of saying no upfront because you haven’t lost trust and respect.” Being able to trust others is difficult because most people are not strong enough to say no upfront.  Saying yes even if you don’t follow through is much easier because the consequences are delayed.  Saying no, while difficult, has the potential to build trust and respect.  Saying yes and not delivering will only create negative responses.

Whether people choose to say yes or no, they are influencing their environment.  Influencing the environment around you happens whether you intend for it to or not.  Before deciding if you should say yes or no remember that doing the right thing influences people in a positive way.  When you keep your word, you build rapport with others.  Ultimately, doing what you say you’re going to do builds trust and respect in relationships.  People know they can count on you and as a result hold you in higher esteem.