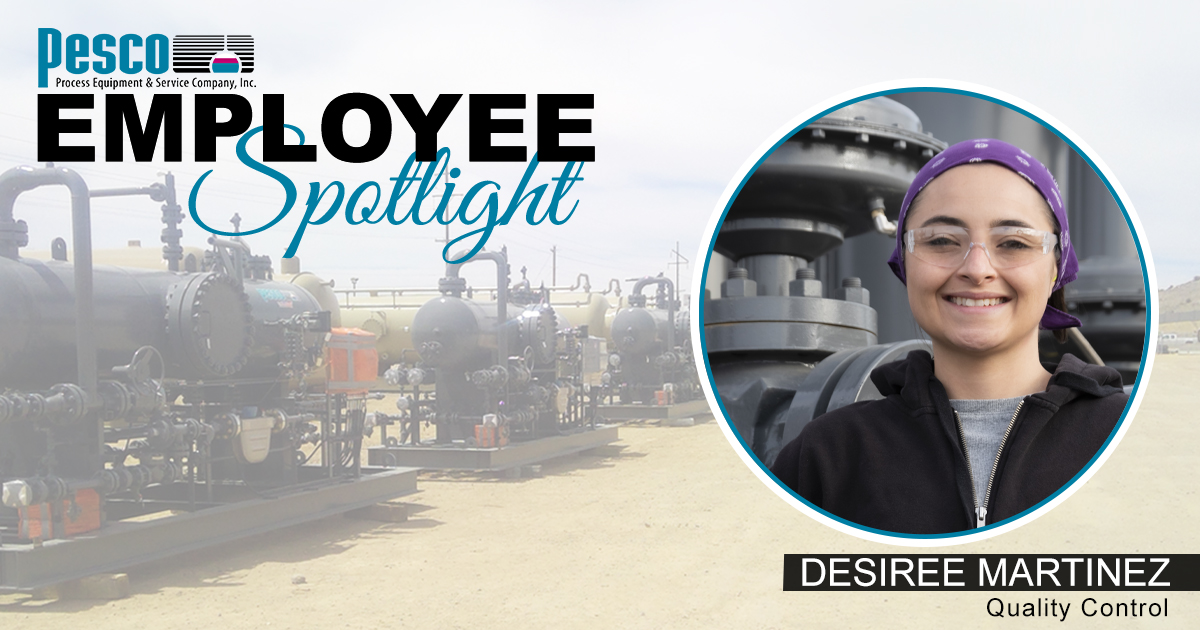 Desiree has been an employee of PESCO for 6 years.  She graduated from San Juan College with her Instrumentation and Controls Technology Degree in 2015. Being aware that her degree would be a good fit, she applied and began her career at PESCO two weeks after graduation.

Desiree started as a pipe fitter in the service department before making a few moves to various departments within the company. She currently works in Final Assembly as a part of the Quality Control Team.

Of the projects she has worked on at PESCO, her favorite assignment was running the Electrical Panel Shop. She enjoyed the challenge of constructing the electrical junction boxes for each of the units. Desiree enjoys taking initiative in getting a job done. Her proudest moment thus far was when she was moved to her current role in Quality Control.

Desiree says she appreciates that PESCO is a family-oriented company with strong values.

In her personal time, she enjoys spending time with her family, long-time boyfriend, and friends.

Desiree said of her PESCO experience, “It’s great to gain the book knowledge at school, but it’s a whole other level of learning when it’s hands on.”. She went on to say, “There is so much opportunity to learn here. You’re really the only one who limits yourself.”

She is grateful for the opportunities PESCO has afforded her and hopes to see continued growth and diversification as PESCO moves into the future.